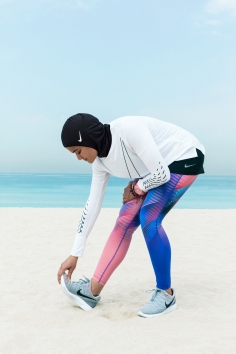 Great to see Nike have launched a sports Hijab. In 2014 we worked with the pioneering and inspirational Iranian triathlete Shiz Gerami to develop sports clothing that met the Iranian ministry of sport’s modesty requirements, but did not impact on Shiz’s performance in the World triathlon championships. We were delighted to work with her to remove barriers for female athletes who wish to be modestly dressed while exercising. Statistics from Sport England show that just 18% of Muslim women take part in regular sport, compared to 30% of the total female population. 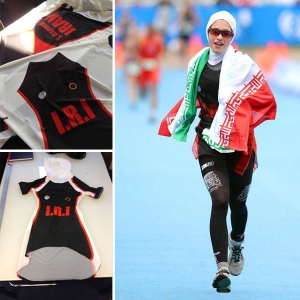